2 hours with one intermission.

Recommended for 10 and older.

A decade before women gained the right to vote, Henrietta Leavitt and her fellow women “computers” transformed the science of astronomy. In the Harvard Observatory, Leavitt found 2,400 new variable stars and made important discoveries about their fluctuating brightness, enabling fellow scientists to map the Milky Way and beyond. This inspiring drama explores the determination, passion and sacrifice of the women who redefined our understanding of the cosmos. 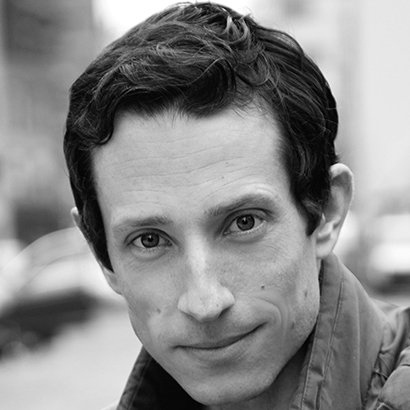 Henrietta Leavitt, a real-life scientist, makes a discovery that changes astronomy forever… all before women were even allowed to vote.

Henrietta Leavitt worked at the Harvard Observatory. There she researched a type of stars, called cepheids, whose brightness constantly fluctuate. Through careful study of thousands of photographs of the cepheids, Henrietta calculated the time it took for the stars to go from bright to dim.

Henrietta’s measurements helped scientists determine how far away the stars are from Earth. Her research on luminosity informed the work of Edwin Hubble and countless others. Even today, we use her findings to help us understand the expanse of the universe.

Things to Watch For

Throughout the play, note how scientific discovery is inspired by art and even described in artistic terms. Margaret’s music inspires Henrietta to think differently about the data she has been looking at, just as a Walt Whitman poem sent by her father reminds Henrietta that math does not fully encompass the beauty of the “mystical” night sky.

Listen for gendered labels that are used to describe women. For example, in Act 1, Margaret worries that Henrietta will be labeled a spinster and Peter immediately refers to the women computers as “Pickering’s Harem.” Compare these terms with how the women want to be described – Annie wants to be a curator and Henrietta demands that her profession be listed as astronomer in the census.

What, Where and Why was this play written?

Lauren Gunderson is currently America’s most produced playwright and American Theatre Magazine has referred to her signature style as a “dramatic blend of science, history and romance.”

Silent Sky, written in 2015, is an example of this style. Silent Sky continues to be produced across the United States, which Gunderson attributes to the relevance of its theme of gender equality: “We are still in the unfortunate rut of under-opportunity and under-representation for women in the sciences and tech … women aren’t asking for special treatment, we are showing how special we already are and always have been. We’re not asking anyone to let us participate, we are exclaiming that we have participated in discoveries, breakthroughs and wild achievement all along.”

The play opens at a Wisconsin church, around 1900, where Henrietta Leavitt tells her sister, Margaret, that she is leaving home to work at the Harvard Observatory.

On Henrietta’s first day of work, Peter Shaw, one of the lab’s students, shows her to her desk. She asks to see the telescope, but Peter quickly informs her that women aren’t allowed to use that. Women simply work as “computers.” Henrietta’s coworkers – Williamina Fleming and Annie Jump Cannon – explain that Henrietta’s job is to work with the photographic star plates to “collect, report and maintain the largest stellar archive in the world.” They remind Henrietta that, because of their gender, they must “resist the temptation to analyze (the plates).”

Henrietta sets to work, undistracted by letters from home and by Peter’s growing interest in her. She soon discovers Cepheid stars and begins to record their brightness, convinced that she will uncover a pattern. One day, Peter interrupts Henrietta’s research to tell her that he has fallen in love with her. Henrietta returns his affection but is suddenly called away by a letter she can’t ignore – her father has fallen ill.

Henrietta’s visit home grows longer as her father’s condition worsens. Peter’s letters, once frequent, slow to a halt. When their father dies, Margaret tells Henrietta she should return to work. Before she leaves, Margaret performs a piano concerto she has written. Suddenly, Henrietta is struck with an idea – she has found a pattern in the brightness of the Cepheid stars that can finally help to measure the universe.

Henrietta’s discovery is published, but when she finally returns to the Harvard Observatory she finds it changed. Peter has married. A research group on the Cepheid stars has started, but Henrietta is not allowed to join. Annie has joined the women’s suffrage movement.

In turmoil, Henrietta takes a boat to Europe so that she can see the stars from the sea. While abroad she gains perspective, but also begins to feel a pain in her abdomen. When she returns to Boston, she is so ill that she must work from home.

One day, Annie, Williamina and Peter arrive to Henrietta’s home to inform her that a Danish astronomer has used Henrietta’s research to measure something outside of the galaxy. To celebrate, the group drives to the telescope at the observatory so that, finally, Henrietta can see her stars.

As the play closes, we learn that soon after visiting the telescope, Henrietta passes away. Incredible research—all built upon Henrietta’s discovery that one could measure the sky using light—has been done in the decades since. "Five stars! A masterwork of a confection!"

"Inspirational! An incredible gift to all of us. Go see it!"

"Henrietta Leavitt helped map the distances in space, and paradoxically brought us closer to understanding our own place in the universe. Shines with the luminous joy of re-centering women whose achievements have been too long overlooked by the telescope of history. "

What really made me want to write a play about Henrietta is that her story was not only about one brilliant woman but an entire cohort of women who [were] Harvard “computers.” This was a story about a sisterhood. In this play we also get to know Annie Jump Cannon and Williamina Fleming, Henrietta Leavitt and her fellow colleagues at the Harvard Observatory examined thousands of tiny dots. Through that tedious and solitary work, they forever changed our understanding of the universe. This story is “a feminist, historical fiction told sweetly and wondrously” by Lauren Gun