Jade Jones as Little Red Ridinghood and Christopher Mueller as First Wolf in the Ford’s Theatre production of “Into the Woods.” Photo by Carol Rosegg.

A Musical Fairy Tale with a Twist

~2 hours and 45 minutes (including one 15-minute intermission).

Recommended for 12 and older.

In Stephen Sondheim’s imaginative, darkly comical remix of beloved fairy tales, a baker and his wife set out to reverse a witch’s curse in hopes of having a child of their own. The couple’s quest takes them into the woods, where they encounter Little Red Ridinghood, Jack and his beanstalk, a cautious Cinderella, a sequestered Rapunzel and a couple of lovelorn princes. Sondheim’s lush Tony-winning score and James Lapine’s Tony-winning book conjure a world where “giants can be good and witches can be right.”

Peter Flynn (Ford’s Ragtime, The 25th Annual Putnam County Spelling Bee, 1776) returns to direct this fanciful tale about the lengths to which we’ll go to get what we wish. 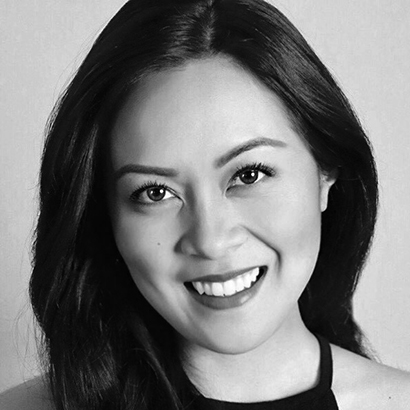 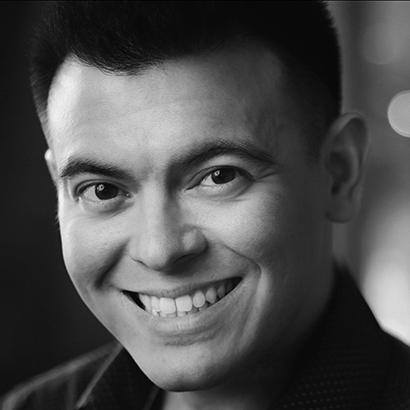 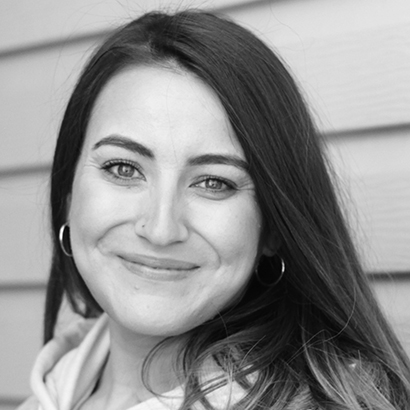 A Musical Fairy Tale with a Twist

“Once upon a time…” begins the Narrator, there were three houses in a far-off kingdom.

In the first house lives a young maiden named Cinderella. Since her mother’s death, Cinderella has suffered under the thumb of her evil Stepmother and stepsisters, Florinda and Lucinda. She wishes to go to the King’s Festival but has nothing to wear. In the second house lives a young man named Jack, Jack’s Mother and a white cow named Milky White. Jack wishes for Milky White to provide milk, but since she doesn’t, Jack’s mother makes him sell the cow. In the third house lives a Baker and the Baker’s Wife, who wish for the opportunity to have a child. They offer sweets to a young girl, Little Red Ridinghood, who is visiting her grandmother later that day.

A Witch lives next door to the Baker and his Wife. The Witch tells them that years ago, the Baker’s mother developed an unusual appetite for greens when she was pregnant. The Witch was furious to discover the Baker’s father stealing from her garden, especially her magic beans. She enacted her revenge by taking the baby for herself. She named the baby Rapunzel and keeps her in a tower. Then, the Witch cursed the Baker’s family tree to be forever barren.

The Witch offers to break the curse if the Baker can find four ingredients for a potion: a cow as white as milk, a cape as red as blood, hair as yellow as corn and a slipper as pure as gold. They have three midnights to bring her the items.

Everyone heads into the woods: Jack to sell his cow, Cinderella to visit her mother’s grave, Little Red Ridinghood to see her Grandmother and the Baker to find the four ingredients of the Witch’s potion (“Prologue: Into the Woods”).

Cinderella visits her mother’s grave in the woods (“Cinderella at the Grave”). With a bit of magic, a silver dress and golden shoes appear so that she can go to the festival. Meanwhile, Little Red comes across a Wolf (“Hello, Little Girl”).

Elsewhere in the woods, the Baker and his Wife come across Jack and Milky White. The Baker tries to buy the cow but has only six beans in his pocket. His Wife tells Jack that the beans are magic, convincing him to take five of them in exchange for the cow (“I Guess this is Goodbye”). The Baker feels bad about their trickery, but his Wife argues that “the ends justify the beans” (“Maybe They’re Magic”).

The Witch visits Rapunzel in her tower, while Rapunzel wonders at what life is like outside of her world (“Our Little World”).

Later, the Baker arrives at the house of Little Red’s Grandmother and finds that the Wolf has eaten them both. He cuts open the wolf’s belly to save them, and Little Red thanks him by giving him her red cape. Little Red reflects on what she has learned (“I Know Things Now”).

Meanwhile, the Baker’s Wife bumps into Cinderella, who is running from the Festival. Though Cinderella’s Prince is handsome, Cinderella laments that he is not what she wanted (“A Very Nice Prince”).

As the first midnight strikes, a giant beanstalk grows in the distance and Rapunzel sings to a mysterious prince from her tower.

After going up his new bean stalk, Jack learns that there is gold to be reaped from a world of giants in the sky (“Giants in the Sky”). Elsewhere in the woods, Cinderella’s Prince complains to his brother, Rapunzel’s Prince, about how elusive maidens can be (“Agony”).

The Baker and his Wife, on the other hand, have been successful in their quest. The Wife has stolen some of Rapunzel’s yellow hair, so they now have three of the items. They are celebrating their accomplishments (“It Takes Two”) when, suddenly, Milky White dies. The second midnight strikes.

The Witch discovers that Rapunzel has found herself a prince. She begs Rapunzel to stay in her tower and cuts off her hair in anger before banishing her to a remote island (“Stay With Me”). Elsewhere, Little Red, wearing a cape made from the Wolf’s pelt, dares Jack to return to the sky in order to steal the harp.

Meanwhile, Cinderella’s Prince has spread pitch on the steps of the palace, and Cinderella is stuck in the sticky mess. Unsure what to do (“On the Steps of the Palace”), Cinderella ultimately decides to leave one slipper behind, so that the Prince can find her. As she flees, she bumps into the Baker’s Wife. After throwing away the final bean, Cinderella gives the Wife her golden slipper in exchange for the Wife’s shoes, hoping they will help her run faster.

The Baker’s Wife returns to the Baker, who has found another cow. They bring them to the Witch. After the Witch discovers that the new cow is only white because it is disguised in a coating of the Baker’s flour, she brings Milky White back to life so that the other ingredients can be fed to her. When the potion doesn’t work, a Mysterious Man appears and suggests they use some hair from corn instead. As Jack milks the cow, the Witch reveals that the Mysterious Man is really the Baker’s father. Suddenly the Mysterious Man falls dead, and the Witch becomes youthful once again, though her powers disappear.

The Narrator reveals what becomes of everyone (“Ever After”): Cinderella is reunited with her prince, the stepsisters are blinded by pigeons, Rapunzel is reunited with her Prince, Jack and his mother live comfortably with the giant’s gold, and the Baker and his Wife are expecting a child.

As Act II begins, the Narrator explains more recent news on the main characters (“Prologue: So Happy”). Cinderella is married to her Prince, Jack and his mother are rich, and the Baker and his Wife have a newborn son.

Suddenly, the Baker’s house begins to shake as a giant traipses through the kingdom. The Baker, his Wife and son, and Little Red go into the woods to take Little Red to her Grandmother’s house.

The princes meet in the woods to complain about maidens, only this time they aren’t talking about their wives (“Agony”). Both Princes have fallen for new maidens–Snow White and Sleeping Beauty.

In another part of the woods, the Baker, his Wife and son, and Little Red run into the Royal Family and the Witch. They meet the Giant, who demands that the group hand over Jack for punishment, as he stole her gold, hen, harp, and killed her husband. Everyone is frightened and angry as the Witch sacrifices the Narrator. In the ensuing chaos, the Royal Steward kills Jack’s Mother, and Rapunzel is trampled by the Giant. The Witch is heartbroken at her daughter’s death (“Lament”).

The story begins to unravel quickly without the Narrator’s direction. The Baker and the Baker’s Wife leave their baby with Little Red in order to go find Jack. While searching, the Baker’s Wife encounters Cinderella’s Prince, who seduces her (“Any Moment”). She reflects on the encounter (“Moments in the Woods”), but is crushed by the Giant as she tries to return to her family.

The remaining characters bicker amongst themselves over who’s to blame for their predicament (“Your Fault”). They argue over whom they should offer up to the giant. The Witch starts to scatter beans everywhere and suddenly disappears (“Last Midnight”).

The Baker loses all hope, leaving his son with Cinderella. Before he goes too far, the Mysterious Man reappears and convinces the Baker to not repeat his mistakes (“No More”).

The Baker returns to the group and helps to craft a plan to defeat the Giant. Meanwhile, Cinderella comforts the newly-orphaned Little Red, while the Baker tells Jack his Mother died, but that Jack shouldn’t seek revenge (“No One is Alone”).

The Baker and Jack kill the Giant, restoring peace to the kingdom. Cinderella, Jack and Little Red plan to help the Baker to rebuild his home and raise his son. He starts to tell his son the story—“Once upon a time…” (“Finale: Children Will Listen”). Jade Jones as Little Red Ridinghood and Christopher Mueller as First Wolf in the Ford’s Theatre production of “Into the Woods,” directed by Peter Flynn. Photo by Carol Rosegg. Rayanne Gonzales as Jack’s Mother, Samy Nour Younes as Jack and Tiziano D’Affuso as Milky White in the Ford’s Theatre production of “Into the Woods,” directed by Peter Flynn. Photo by Carol Rosegg. The Ford’s Theatre cast of “Into the Woods,” directed by Peter Flynn, choreographed by Michael Bobbitt and music direction by William Yanesh. Photo by Carol Rosegg. Erin Driscoll as Cinderella and Karen Vincent as the birds in the Ford’s Theatre production of “Into the Woods,” directed by Peter Flynn. Photo by Carol Rosegg. Evan Casey as Baker and Awa Sal Secka as Baker’s Wife in the Ford’s Theatre production of “Into the Woods,” directed by Peter Flynn. Photo by Carol Rosegg. Erin Driscoll as Cinderella and Karen Vincent as the birds in the Ford’s Theatre production of “Into the Woods,” directed by Peter Flynn. Photo by Carol Rosegg.

"Delightful! It is eternally a lot of fun to watch as the characters, some fairy-tale famous, several others newly invented, contend with both magical catastrophes and everyday dilemmas."

"Sensational! A hit! I couldn't wish for a cast better equipped to breathe new life into these characters. Awa Sal Secka manages to steal the show. She brings a richness to the Baker's Wife in every sense. Her lilting, resonant voice captures from the word go. The cast as an ensemble is a force."

"Zippy, hilarious! "Into the Woods" will make you feel the wonder of childhood."

"Enchantment awaits! The production is further blessed with an excellent ensemble; beautiful, clear singing from all (Erin Driscoll, Awa Sal Secka and Rachel Zampelli stand out); and stellar scenic and design work investing all the make-believe with the requisite liveliness."

"Ford's full ensemble shines! In a divisive time, insisting on the absolute necessity of community for survival, the need to act, the value of being able to tell our own stories, and the priceless treasure of the families we choose, "Into the Woods" has the truth of genuinely great art."

"Majestic! It’s difficult to point out a standout performer in the cast, only because every single one of them is so darn good." 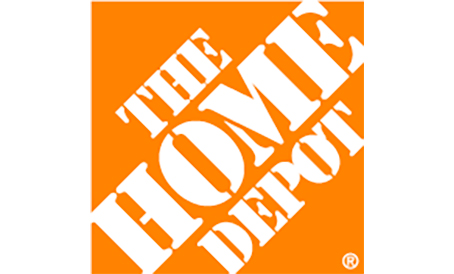